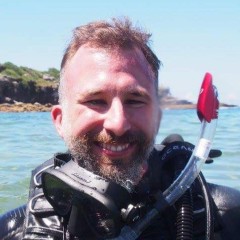 I’ve founded a couple of startups:

I also was the first technical hire at a social networking site called Bebo, which was sold to AOL in 2008. I helped Bebo grow to become the largest social network in the UK, Ireland, and New Zealand. We were neck-and-neck with Facebook—but behind Myspace—in most of the rest of the English-speaking world.

I’ve worked elsewhere, including a stint as a Technical Program Manager for Google’s Site Reliability Engineering, and as General Manager of Birthday Alarm, an early electronic greeting cards site.

I’m an instrument-rated commercial pilot (Airplane Single Engine Land) and Master Parachutist (D-23159). Many years ago, I worked as a skydiving instructor, which led to about fifteen seconds of fame.

I play guitar (not very well). But I do have a discography credit to my name. ;)